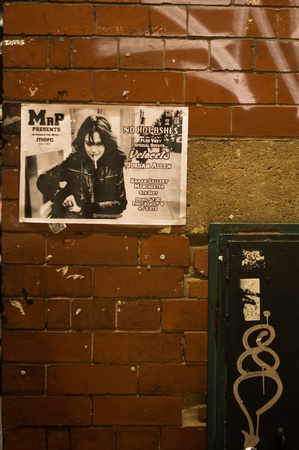 The Kraak venue entrance is in a narrow alley and the name could be from substances bought in similar surroundings. Thankfully tonight the alley was full of real music fans going to the latest MR Peeps gig. As you entered the venue a grin from the man himself welcomed you and he pointed out a large fabric square attached to the wall. "Make sure you sign it then in future when this gig is talked about we will really know who was here".

The other unconventional part of the night was a raffle to win some clothing and other goodies from Merc clothing who had teamed up with MR Peeps. The pile included shirt and numerous polo shirts worth over £50 a piece. Someone will be going home very happy. I suddenly feel very scruffy in my usual photography gear of black combats, doc martens and black t shirt.

This may seem strange but Im not going to write a lot about the music as this is done better by other writers  including: 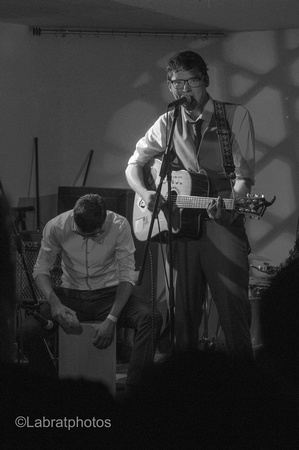 Jordan Allen has had nice things said about him by BBC6 Tom Robinson and who am I to disagree. He was accompanied for several songs with guitar and box drum. He has a smart business like appearance but his lyrics show a rougher edge. He played great set both solo and accompanied. He has a free gig on Friday 19th at the Blind Tiger Bolton and I would recommend seeing him for yourself. If you are disappointed I will refund your entrance fee! 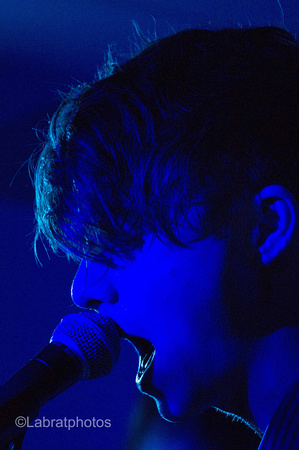 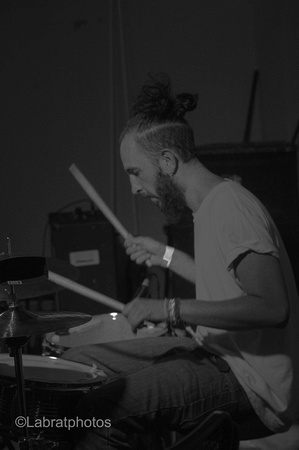 Veocets consist of 3 young men from Manchester and they played  a great set to an appreciate crowd. They have a good web site with several of their songs at www.veocets

They had plenty of energy and some really good songs to please the now nearly full house. 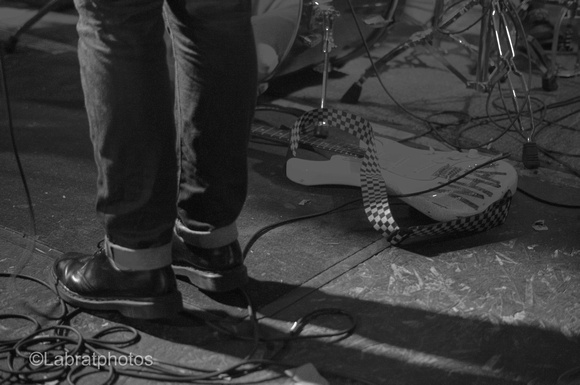 No Hot Ashes relaxed with a beer as the raffle took place with several people very pleased to have attended. Mr Peeps also offered a drink from his own branded bourbon!

The boys from the NHA were really up for the night and excited to demonstrate that they deserved to head a bill. They stood on stage backs to the audience as the drummer tapped out the time for the first song. It then went off as the guitars kicked in and the players danced around the stage. The energy and songs was were non stop with an almost stunned  crowd. The velocets recognised an opportunity to go for it at the front and were soon joined by large numbers of the crowd. 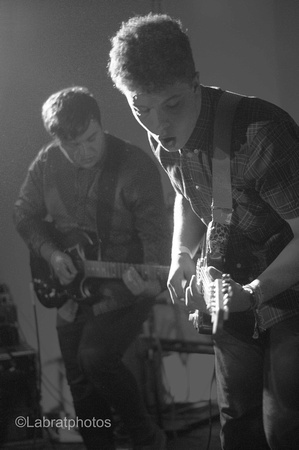 After the gig finished and most people started to leave I looked around and laughed to myself, only at a Mr Peeps gig would you see  raffle tickets and cork from his own branded champagne amongst the bottles and cans waiting to be swept up. 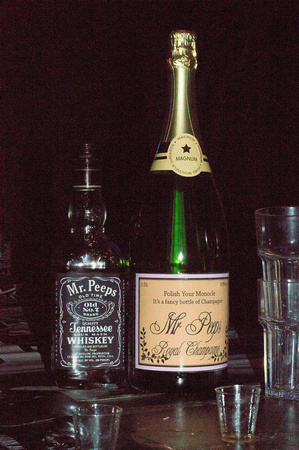 Once again thanks must go to Mr Peeps for inviting me to shoot another memorable gig, the bands for working so hard to provide some really quality tunes, Kraak for the hospitality and great sound quality and once again the other photographers for educating  and tolerating me.

Some one asked how you tell which photographer is which, here is my guide: