Saturday night and Im driving to Manchester for another night of live music. The venue is a traditional looking pub The Eagle Inn salford. Once you have navigated the local looking boozer the door opens onto a great performance space. Imagine ripping the internal walls and ceiling from  small house and you are close.

It was good to meet up and catch up with DS Promotions who did the hard work to put the night on. They have a habit of finding great acts and so I was looking forward to this gig.

Im going to be accused of stalking her but once again Jess Kemp opened the night with another example of how great one musician and singer can sound. Im sure playing guitar, stomp drum while singing or playing harmonica must be an extreme form of rubbing head and patting your stomach. Thankfully Jess nailed it again. It is about time she got in the studio as I believe she would sell a lot of copies. Once again she played mainly her own songs with a couple of covers. I still think her song 2 coins is one of my favourites (sorry Jess if I got the tittle wrong). Talking to Jess she has a crazy busy schedule and so no excuses not to hear her yourself around the North West. Look her up under: Jesskempartist 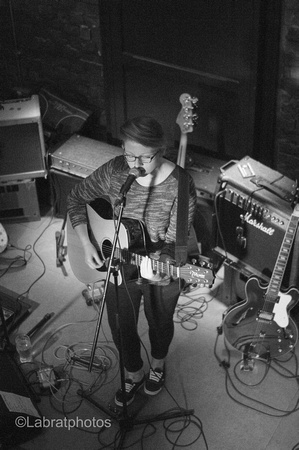 The Montoyas played a great set with great guitar work backed by a heavy drum beat, Monkey off my back is a great song and worth having a look for on reverberation. Im not sure if Dave the drummer was ready to release some tension but he really drove the band and they responded to make a great set. 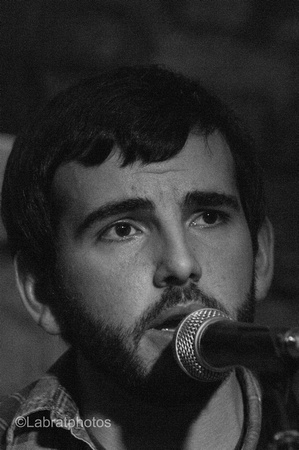 The Madding Crowd consists of  musicians of which at least 2 should be sectioned for their own safety. Ben wore silver jacket and matching boots and sang unaccompanied for the first verse before the rest of the band kicked in. I always think this is a brave way to start a gig but he pulled it off. What happened next really needs to be seen to be fully appreciated it included: spoken word, bass played so chilled her pulse was checked, lead singer putting everything into every song and showing real feeling, the blood drip from the fingers of a player onto the strings of his guitar and finally a guitar forced against a wall and subjected to sexual advances. They also managed to play some great music. Listening to Madding Crowd is good but they need to be seen. 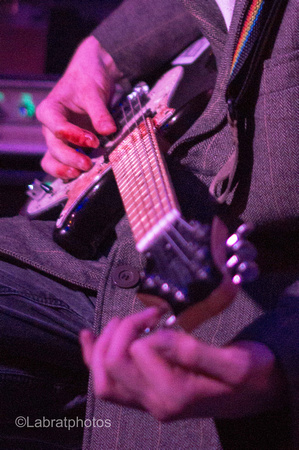 The amplified Bandits are a 5 piece who soon demonstrate that you don't need 20 years experience to perform a solid set. They performed Men in black with a great confidence and continued to stay at this high standard for their set. This band has so much time to produce further great songs and develop. At present they have 2 songs on sound cloud that show the high standard of their performances. 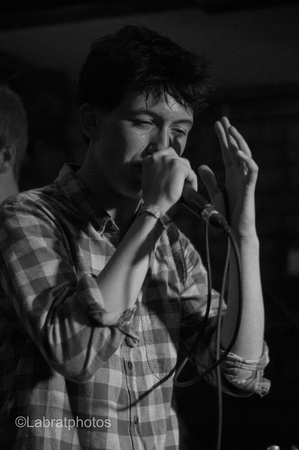